Is France on your list for your next vacation or business trip?

Don’t worry about a taxi to go from the airport to your destination. As you are bound to arrive at one of these 10 airports out here Paris Charles de Gaulle Airport, Paris Orly Airport, Nice Côte d’Azur Airport, Lyon–Saint Exupéry Airport, Marseille Provence Airport, Toulouse Blagnac Airport, Bordeaux–Mérignac Airport, Nantes Atlantique Airport, Beauvais–Tillé Airport, Lille Airport and our airport transfer will be at your service. Airporttaxis.com is very well-known in this area as they are equipped with reliable and expert drivers. We are famed for our airport taxi service France, which plies to and from all the airports in France to your hotel, train station, another city, an important event, downtown or another desired destination.

We cover all airport in France 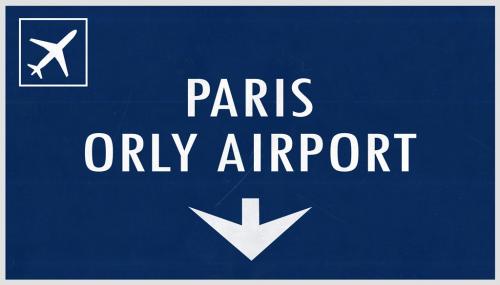 Looking for cheap airport transfer in France? Our airport taxi service are cheaper than you expect, costing up to 35% less than traditional meter taxis at location. No need to worry about your airport pickup or drop off, Airporttaxis.com can help make your airport journey stress free. You can book your airport transfer quickly and easily online up to 3 months in advance or on-demand.

Looking for cheap airport transfer in France? Our airport taxi service are cheaper than you expect, costing up to 40% less than traditional meter taxis at location. No need to worry about your airport pickup or drop off, Airporttaxis.com can help make your airport journey stress free.

You can book your airport transfer quickly and easily online up to 3 months in advance or on-demand.

Airporttaxis.com is an online reservation and booking website for airport transfers in different airports in Europe. We are committed to providing safe and reliable transfers over all areas to and from all airports and cruise ports. Our pricing is competitive, and we offer special rates to high volume clients.

Let us take the wheel

What you need to know!

Are you searching for an airport taxi in France? Although it’s a big country, the number of available taxis in each area makes it easy to get an airport taxi fast. Despite that France is quite developed we would like to answer some most common questions about taking a taxi.

France At A Glance

France is a developed country and has one of the world’s largest economies. As of 2016, France has the world’s sixth-largest economy by nominal gross domestic product (GDP), and it is the fourth-largest nation in terms of aggregate household wealth. Our taxis operate from all the ten international airports of France, hence it’s accessible from almost the 34.000 cities of France. Here’s a list of the airports, where our taxis operate 24/7.

Do I need to tip a French taxi driver?

The taxi drivers in France expect a tip of at least 10%. You can also just round up the tip to show your appreciation.

How much does an airport taxi cost?

Taxis with a taximeter are most of the time much more expensive as they charge different costs like a pick-up fare that’s more expensive at night, a price per kilometer and probably also a waiting fare. We offer taxi services at fixed prices starting from 40 euro per trip with no hidden fees!

Can I book a taxi on arrival at the airport?

Just like at most international airports, you will find individual airport taxis waiting outside to bring passengers to their destination. However, if you want the certainty of finding a taxi immediately, we recommend you to pre-book your airport taxi. Most of the time you will get better pricing if you do so.

What if my flight or train is delayed?

We always monitor flights or train schedules carefully. If the announced delay is reasonable and does not interfere with the driver’s schedule, he will wait until your flight or train arrives. If you experience a significant delay, we will make the necessary arrangements to pick you up.

In this field you can provide us with more information: 1. There are some road works at the pick up address. Please explain how to get to your address. 1. Kids &ndash; in this case we need to know the age of the kid(s) so that we could provide the correct child seat(s). 2. Language &ndash; do you only speak English? Or you don&rsquo;t speak the local languages? 3. Assistance is needed 5. etc&hellip;.

How can I amend / change my booking?

The cancelation can be done 24 hours in advance through the client panel:&nbsp;https://app.airporttaxis.com/my/#/login Any changes should be done at least one day in advance.

Can we get separate invoice?

The system sends itself invoices separately for return trips.&nbsp;

How do I get the quote / fare?

The price can be calculated on our website in the section Book. You need to provide your pick up and destination address, choose the date, time, the amount of the passengers and then click on Next. Here you will see alist of vehicles with fares. You can choose one by clicking on Book now.

Is the price on the voucher, the final price?

Our prices are all in. VAT, parking, etc. There are a few exceptions: if the driver needs to wait extra time, we will need to charge the extra time for the payment with the credit card we request a transaction fee For extra stops there is an additional fee.&nbsp;